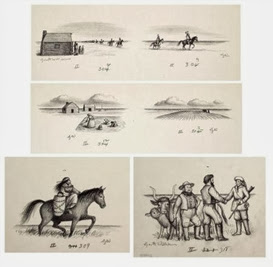 Today we opened in prayer and devotion !!! Our devotion today was about how the American family had the upper hand when it came to their relationships with  the Indians because of it's size ! Communication and technology was important factors ! But the Indians felt threatened by the family size ! God ordained the family in the garden !!! He alone decides that ! I know there are lots of things now people use to control family size but then these things didn't exist ! We used lots of scripture today ! So I won't post the actual text . These are the ones we looked into ! Psalms 127:3-5 , 128:3-4, Proverbs 14:28 , Deuteronomy 6:3 and Job 12:23
Our story for me today was rather sad ! I feel the Ingalls felt the same ! The war cries had stopped the family had slept well yet again !Pa had plans to spend the day plowing ... As he went to get started he called Ma and the girls to the door to see !!! As they came to the door Pa saw the Indian chief that had passed in the midnight just nights before leading a Indian procession that would last long into to the day ! More Indians than just the Osage were heading west ...Pa showed his respect to the chief by saluting him ... It caused such a sadness for the family to see them go ! Laura envied the Indians they rode their horses naked and bare back in the sun ! she longed to do the same ! She even cried because she couldn't keep the little Indian baby !!!
The next several days passed and the family returned to normal preparing the garden ! The Ingalls would eat as kings when the crops came in ! They had spent months eating only bread and meat ! Lacking major food groups such as fruits and vegetables !
One day as Laura and Mary were helping Ma with the morning chores. Helping Ma by washing dishes as she made the beds ! They heard Pa getting very angry outside telling Mr Scott and Mr Edward that he wouldn't wait for the soldiers to come they would leave on their own in the morning ! he wasn't waiting ! If the goverment hadn't said that they were getting ready to settle Indian property he sure wouldn't have settle three miles onto their land ! Now the government would make the settlers leave ! Pa wouldn't be made , he would just go ! He gave Mr Scott the Cow and Calf ! The milk and the butter as Laura said ! He told Ma they were leaving the next day ! He and Ma readied the covered wagon ! They would early in the morning ! Ma said to Pa it was a year wasted ... Pa told her all they had was time ...They would go tward Independence .... We spent time talking about the disease that the European Americans brought to them such as small pox , influenza , malaria , and much more ! Their immune system was not built to handle these disease ! We talked about the race for homesteads during this era ! We spent time on other daily activities !!!
My heart broke for Ma and the Indians today !!! They both were loosing so much !!! It was such an awesome reminder to be thankful for what we have !!!
By Shellie Almond Shellie Almond at November 13, 2013
Email ThisBlogThis!Share to TwitterShare to FacebookShare to Pinterest
Labels: Prairie School

Changing How I Talk To Myself

Have you ever felt like you were in one of the darkest moments? That you kinda feel like the dirt piling up around you will suffocate you ... 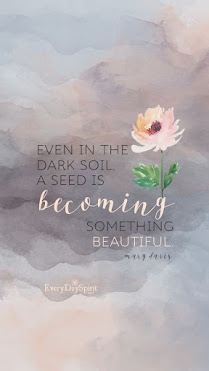