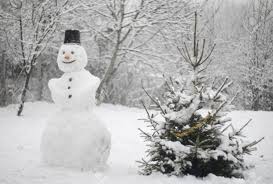 It's not often that the deep south gets to enjoy a snow storm… So when the girls in the A Life of Faith decided to pray and ask for snow they knew. They must be specific, in what they were about to ask Jesus for.
The three  girls had just finished a lesson on treasuring God Word…. Led by Mrs.S… the A Life of Faith Group leader on their girls home…
Mrs.S had started the missions house around ten years ago… took in young girls who families could no longer care for them….
Mrs.S was a kind lady with soft eyes, that could also dance with childlike mischief. She knew all too well her own self what it meant to come from a broken home… Her goal was to never let these girls feel left out or alone… she wanted nothing more to make sure these girls grow up knowing their heavenly Daddy… Knowing they could go to Him for anything at all. No matter what! This Thursday afternoon was no different. The girls had been chattering for weeks about how they longed for a snow! One deep enough to build a snowman, one that fell and laid pretty, but didn't melt away to fast either!
However the small town of Albemarle, North Carolina rarely received snow above 3 inches. When a snow came it was normally gone as fast as it came. After the three girls at Mrs.S home heard the lesson about treasuring God’s Word… They knew they could also ask God for the desires of their heart and He was always listening…
Mrs. S, Natalie asked “ Do you think if we ask God for a big snow, He might send it?”
“ I mean I know you just told us He hears our every prayer!”
Natalie had been with Mrs.S the longest of all the girls. This past December would mark her 7th year with Mrs.S. she was two when she arrived! She had never known any other parent besides Mrs.S. She liked it that way. She couldn't miss something she didn't remember. Her dark wavy shoulder length hair, dark brown eyes, and freckled face was always waiting for the next adventure to come. Natalie thought that no adventure sounded more fun than a snowy one!
“Yeah” Ellie replied. A short blond hair blue eyed girl! Her eyes danced with excitement! “Do you think we could tell God how many inches we want?
Caroline also chimed in saying “ and how many days we want to last?”
Caroline a 8 year old with long blonde ringlets and soft blue eyes had been with Mrs S. for several years… Had just recently given her heart to Jesus! Was still learning to trust God could do anything!
Samantha the newest girl of the home… She would soon be celebrating her one year anniversary being with Mrs.S! Her long dark hair, with bangs who framed her sweet round face, soft melancholy eyes that we finally starting to shine with happiness. Was just beginning to open up and feel apart of her new family…
Samantha chimed in saying” it would be quite the adventure if we have enough snow to sled! I have never been sledding!” Aunt Wealthy is always telling Millie Keith Life is an Adventure not a Tea Party!”
“  I think we should write it down and pray about it Mrs.S! “
All the girls chimed in with agreement and excitement ! Mrs.S Helped the girls to pen down exactly how they wanted snow for the winter. They decided for the month of December it would be nice to have a snow that fell fat and pretty but did not stick! That way it did not interfere with the Christmas celebrations! They went on to Jesus that they wanted enough snow to build a snowman, they did not want the snow to melt fast so they could enjoy it for a couple of days, they wanted it to fall in the middle of the week, no less than 7 inches, and they prayed for wet snow so they would have a sledding adventure!
After the girls wrote it down in their prayer journal and ended saying God's word says to write it down! The girls gathered hands and prayed with Mrs.S specifically knowing God was listening to the desires of their hearts!


A few weeks passed when Ellie squealed with excitement when a winter weather advisory had been issued for their county ! Snow was expected and guess what she said with excitement! It's not supposed to stick !
“Isn't that great” Mrs.S ? “The snow won't keep us from going ice skating and Christmas caroling tonight!”
“ God has answered our prayers !” Caroline said looking up from her favorite book!
“ he sure has!” Mrs.S replied. I told you,” what was near and dear to your heart, Is near and dear to yours!”
“ He loves to make us smile?” Doesn’t He? All the girls said at once! “ ‘He sure does,” squealed Mrs.S!
The girls loved how the fluffy snow drifted from the night sky as the enjoyed the evening ice skating on the cold December night ! The moon glowed warmly as the stars seemed to rejoice of the beauty being spoke from their creator.
Later when they went door to door in their community singing their favorite carols …. They again rejoiced knowing God had heard their prayers!
The Christmas season had came and went…. The girls loved every celebration and tradition that celebrated the Birthday of the king.


January and a New Year had quickly came…. Homeschooling has returned to its normal schedule! The cold January evening had lead to many nights playing with their favorite dolls and reading aloud their favorite A life of Faith story.
The girls had not given up their hope for a a snow that would be like none they had ever expected!
It was was on a Monday night after bedtime stories and prayers , When Mrs.S told the girls she had a very exciting announcement!
All the girls sat straight up in their beds ! Sparkling eyes , hoping the news would be just what they had prayed for ! “ Is it snow Mrs.S?”
“ Well I don’t know “ Mrs.S replied trying hard not to giggle!
“ It may be…. How about you listen to this and you tell me!”
The girls sat up and listened excitedly to the weather forecast. Ellie squealed with delight as she asked, “ Did the weatherman just 8-12 inches of snow ?”
“He sure did Ellie!” Mrs. S replied. “God has heard your prayers and is sending enough snow to build a snowman.” If I heard the forecast correctly the temperatures will remain below freezing for several days!” Mrs.S said. Before she could reply Natalie was jumping up out of the bed squealing. “ God has heard our prayers once again!” Caroline chimed in behind her “We are gonna get to build a snowman and go sledding!” Her blue eyes dances with excitement.
All the girls were so excited they had almost forgotten it was a school night and it was almost lights out for them. The giggled and made plans to set their alarm early because they did not want to miss a moment playing or watching the snowfall if the could help it!
Fifteen minutes or so had passed and Mrs.S told the girls it was time for lights out and bedtime prayers,
She reminded the girls that it was important for them to be sure to tell Jesus thank you for their answered prayer! 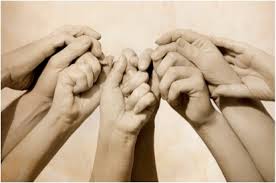 The girls all gathered hands taking turns saying their nightly prayers, Each one telling Jesus thank you for the gift of snow!
The next morning the girls alarm went off at 7 am sharp. There was no hitting the snooze that morning. For the three girls and Mrs.S were anxious to look out the window to see God's masterpiece He had began painting in the wee hours of the morning!
Samantha was the first to get to the living room picture window to pull back the heavy sage colored drapes. She gasped at the beauty that greeted her eyes. It was like the whole world had been painted white and kissed by fairies. The snow glistened like glitter in the light. The flakes that were still falling were fluffy like cotton balls that gathered on the things it rested on. “ I would guess there is about 7 inches already fallen’. Mrs.S said. I think God may send you more than you asked for girls. The weatherman said it will continue to snow through tomorrow morning!’ The girls squealed in excitement
In honor of the answered prayer and the snow school was officially canceled and declared a snow day.
The girls hurried through their breakfast to find their warmest clothes. They would each need their heavy coats, scarves, and mittens. They made a list of supplies they would need for their snowman. Caroline suggested that they set a bowl out for snow cream . It would make a very nice sweet treat after dinner this evening!
Then it hit Natalie, They had wanted to go sledding. Yet the girls had no sled! Her heart felt like it had landed in her stomach. She wanted nothing more than for this snow day to be the best ever. Before moving to Albemarle. Mrs.S had lived in the Nc Mountains.Ellie and Caroline had come to live with them just before the move. The three girls had know what fun snow could be. Samantha has never experienced the magic of a snow day. Natalie wanted her first to be magical. She sent up a quick prayer that Samantha wouldn't be disappointed. That they would not have a sled. Just as she said amen and opened her eyes Mrs.S returned from the garage. The girls hadn’t even noticed she had slipped out. When Natalie opened her eyes she heard Ellie let out a little squeal! “Mrs.S what an awesome sled!” Mrs.S its amazing, its an answered to prayer!” I want so much for Samantha’s first time playing in the snow to be magical and unforgettable”!
Mrs.S smiled and held out the sled to the girls. “Well I hope it brings you girls as many happy memories as it did me when I was a little girl and would stay with my Mommaw. “When she passed away my Aunt had it sent to me. The  wooden sled was some of the very few happy memories from Mrs.S childhood.
The girls swarmed around Mrs.S hugging her tight and almost  singing, “thank you for loving us.” “It’s my pleasure , I can not imagine my life any other way!’ 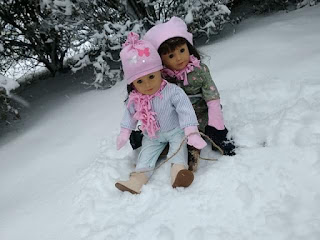 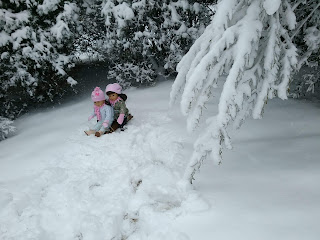 The afternoon was filled with adventure, the girls each built a snowman, took turns riding on the sled with one another, enjoyed warming up with cocoa, and a sweet treat of snow cream for dessert.
As evening approached Natalie and Samantha looked out the kitchen window at the snow that was still falling. 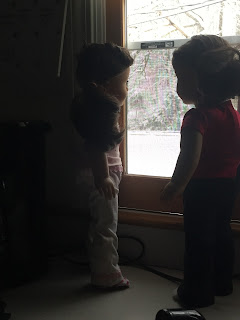 Both girls thanked God for answered prayers and the best snow day ever. Neither could think of anything that would make their day any better. God had went far and beyond their prayer request and each girl felt more joy than ever before.The girls spent the rest of the evening playing dolls and planning how they would spend their next snow day!
When bedtime came the girls had no complaints of lights out because today’s activities had worn each out. Each girl gathered hands and each gave thanks for the amazing day spent in the snow and for sending them Mrs.S to be their Mom.
Just as prayers were ending Mrs.S’s phone rang a special ringtone, set for the agency to contact her when someone needed a home.


Each girls eyes widened know that this may be the last night it may be just the three of them.

It has certainly been some time since I  have participated in Happy Home  Maker  Monday! I am so glad I came back across... 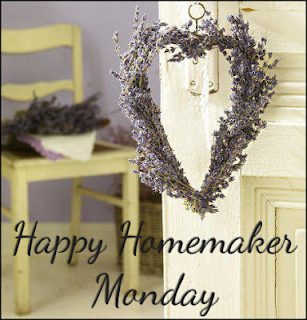